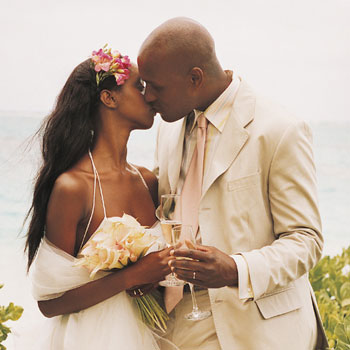 It seems like logic would dictate that a divorcee would learn from his or her mistakes and not make them the second time around, right? Not necessarily. Second marriages seem to be an opportunity to right the wrongs that happened the first time around, but they don't always play out that way. So if you're committed to making this one stick, then there are a few things you should know before getting married again. First, consider the baggage you bring to the marriage in the form of your ex and the kids you share. When one partner tries to manage that part of the other partner's life, it may cause some resentment. For example, partners need to be on the same page about child-rearing before conflicts with the stepchildren arise. Presenting a united front about all things regarding child care is important to avoid feelings of resentment. Disagreeing about the ex-spouse can cause conflict in a second marriage as well. Court-ordered alimony and child support payments can be an issue for couples who marry again, whether it's giving too much money to the other spouse or the ex-spouse feeling as though the second spouse doesn't "deserve" money.


This is an issue best left to the courts to decide - this way, trying to work it out doesn't result in arguments. And finally, couples in a second marriage may feel it's "easy" to get out of the relationship when things get tough - after all, they've already been divorced and know what to expect. On the other hand, couples who have already been through it are more adept at trying to make it work and are less likely to give up at the first fight. Divorcees who spend time after the split being single have time to understand their needs in a relationship and tend to know what they want the second time around. Relationship experts recommend self-introspection during this time to understand your role in the divorce, not just your ex-spouse's. If you're aware of the mistakes you made, then you're less likely to repeat them.