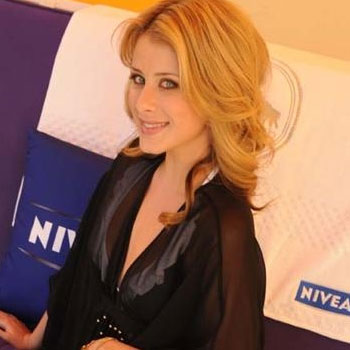 The Hills are still alive with Lo Bosworth and the sounds of her cellulite-fighting secrets. You may not live in The Hills, but the picture-perfect reality star wants you to know that you can be as bikini-confident as she and her costars. Even though the blonde bombshell is just 23 years old, Lo has the same problem as 90 percent of women - and that plaguing problem is cellulite.{relatedarticles}
The reality star's stint on The Hills may have ended with the show's finale on July 13, but the day also marked new beginnings for the MTV staple. She's now kicking off her new ventures as both an author and Web site guru. Lo sat down with MyDailyMoment.com to talk about her latest plans, along with what she's doing to feel better in her bikini while constantly surrounded by those ever-present paparazzi.

Lo Bosworth is the quintessential California girl, who spent her late teens and early 20s in the limelight of the MTV shows Laguna Beach: The Real Orange County and its popular spinoff, The Hills. She has plenty of projects in the pipeline after the show, but this summer, Lo has turned her focus to her health, appearance and self-image.


Despite the fact she sports a fabulous figure, people may be surprised to know that Lo isn't completely confident about her body, particularly when it comes to the appearance of that dimply skin that most women can find on their legs -- among other places. Lo tells MyDailyMoment, "I grew up on the beach in California, and as I approach my mid-20s, my body is changing. A combination of industry photographs and my upcoming beach vacation inspired me to make a change."

The change that has reaped major rewards for Lo this summer is the Nivea Good-Bye Cellulite, Hello Bikini Challenge. The program has four components, Lo says -- fitness, nutrition, skincare and style.

The fitness part came easy for Lo, who loves spinning classes. "I'm doing some great cardio and have increased the number of classes I take each week. Plus, I've added strength training and have seen a great improvement. Kettlebells have gotten my butt into shape!" she says.

"I've changed the way I snack," Lo adds. "I focus on eating fresh fruits and vegetables. They taste so much better than chips, especially when they're readily available at the farmer's market."

Lo faces the same cravings and temptations as most women. "I'm a major foodie, so I really love good food. I have a cheese pizza problem!" Lo's strategy is to eat well during the week and allow herself sensible splurges on the weekends. "I make pizza myself instead of ordering it. I use whole-wheat flour to make the recipe healthier," Lo says.{relatedarticles}
Of course, her cellulite-fighting regimen wouldn't be complete without having the proper beauty resources on hand. Nivea's skincare product regimen includes its Good-Bye Cellulite Gel-Cream, Patches and Dietary Supplement Capsules, which work to help the body support lean muscle mass and reduce the appearance of cellulite. "I was skeptical when Nivea approached me about the campaign, but then I said 'Why not?' I really get a tightening effect when I use the product in the morning and at night. It's become such a part of my routine," Lo says. As for the style component, Lo tries to dress for her body and not follow the trends that don't flatter her shape.

Even some of her former Hills costars have joined her in the four-week program. "My costars know about my participation in the program, and some even decided to do it with me!" "The show coming to an end is bittersweet," Lo says. "It's been my life since I was 17. But I'm transitioning to television, digital media and promoting my book, which comes out in January."{relatedarticles}
She's referring to The Lo Down, a dating guide, which will chronicle Lo's experiences -- and those of her friends. Her new Web site, which launched July 13, will go by the same name, TheLoDown.com, and will feature her Nivea campaign results, plus plenty of relationship information. It will also address health and fitness, beauty, style, and celebrity life.

"I approached the site from a business perspective," the UCLA graduate says. "As the show ends, I'm trying to take advantage of opportunities that present themselves. I find it interesting how celebrities can promote themselves on the Internet, connecting to their audience in an entirely new way." And expect Lo to be making those connections herself. "I will write about 60 percent of the articles on the site myself, and many of my college friends, who are great writers, will write the rest," Lo explains.
Thanks to Nivea and all her hard work, Lo isn't just bikini-ready -- she's ready to embark confidently on her present opportunities by putting her best body forward. Look for Lo to stay in the limelight as she enjoys her fab new figure and budding new career.{relatedarticles}
Click here to learn more about the Nivea Good-Bye Cellulite, Hello Bikini Challenge. Click here to visit TheLoDown.com.