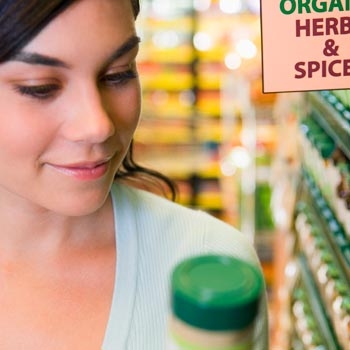 The tandoori masala and curry of India, the oregano and thyme of the Middle East, the anise and ginger root of China, the mustard of France, or the Japanese poppy seed.

Spices have been valued by men throughout history, and trading them is one of the world's oldest professions. They were a luxury during the Middle Ages, imported to Europe all the way from Asia and Africa. These days, spices might be readily available to all of us, but they are still praised for their ability to add flavor, color and aroma to our favorite dishes.

Whether you're interested in cooking or just want to fill up your spice rack, it's helpful to understand the spices and herbs that you should always kept on hand.

Salt and pepper are an obvious starting place. You might think these spices are simple, but there is a great variety from which to choose. Still, whether you like using sea salt or prefer ground black pepper, the important thing here is to find out which ones suit your tastes.


Garlic is also a must-have. This is a fundamental component in many dishes, and is traditionally used by most cultures. While some people might opt for garlic powder, there is no substitute for nice, fresh cloves of garlic.

To save time, keep a jar of minced garlic in your refrigerator. Not only does garlic make food taste better, but it is also is thought to prevent heart disease (including high cholesterol and high blood pressure) and cancer.

When it comes to Indian and Mexican cuisine, a little cumin goes a long way. It is traditionally added to curries, as well as enchiladas and tacos. Cumin is a great spice to include in salsas as it provides extra flavor and draws out a natural sweetness in foods.

Oregano is a staple in Italian and Greek cuisine. With a warm yet slightly bitter scent, this herb is an especially important ingredient in tomato sauces, pizzas and grilled meat. And it won't hurt your health -- oregano is high in antioxidants and is often used as a medicinal plant.

Ginger is another essential spice. Its characteristic tangy flavor gives dishes a unique taste that makes eating them an entire experience. Add some ginger to any recipe and make it your own!


And who can forget cinnamon? This versatile spice can be used in many kinds of desserts, such as apple pie and cinnamon buns, as well as spicy candies, tea and hot cocoa. The sweet, spicy flavor of cinnamon has also been used by many different cultures for its medicinal properties. It is believed to have remarkable pharmacological effects in the treatment of Type 2 diabetes and insulin resistance.

Variety is the spice of life, and there are plenty of them out there. Experiment with other herbs and spices such as rosemary, cloves, cilantro, nutmeg, fennel seed, allspice, tamarind and anything else you can think of.