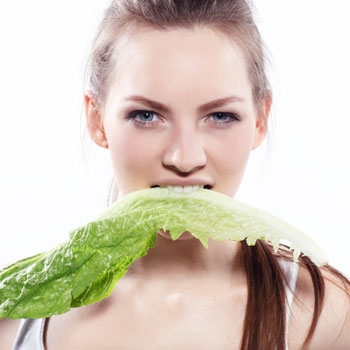 It's no secret that the American meat-heavy diet could use a serious overhaul. We consume nearly one and a half times more meat than most industrialized nations and use more than 50 percent of our water and land to raise livestock. This heavy reliance on animal protein is taking a toll on our health and contributing to a multitude of environmental concerns, including global warming, air and water pollution.

While a full vegetarian diet may seem a bit too extreme, here are five good reasons to consider going meatless, at least part of the time.

Health professionals have been warning us for some time now that diets high in meat load us down with saturated fat, increasing our risk for heart disease, diabetes and certain forms of cancer. According to Johns Hopkins School of Public Health, giving up meat even one day a week can reduce consumption of harmful fat by 15 percent. Further studies also point to a decreased risk of breast cancer in women who eat meat less frequently because saturated fat stimulates certain types of estrogen-receptive tumors.
Diets heavy in meat really rack up the grocery bill. Pound for pound, animal proteins cost three times the amount of beans or whole grains, and going meatless now and again can make a serious dent in your food budget. Unlike the minimal storage life of meat, canned or dried ingredients used in many vegetarian recipes stay fresh in your pantry for months at a time, making bulk purchasing a further savings for the savvy shopper.

Is there anyone out there who doesn't need to watch calories? Going meatless can be very good for your waistline. Diets higher in complex carbohydrates (whole wheat, cornmeal, oats, potatoes, brown rice and beans) are low in fat and fill us up quickly, translating to lower calorie intake and fewer cravings between meals. Vegetarian meals are also richer in vitamins and minerals, especially when combined with plenty of fresh fruits and vegetables.

There is growing evidence that human resistance to certain antibiotics is linked to similar substances used to prevent illness and promote weight gain in animals raised in factory farms, where most commercial meat comes from. Limiting quantities of poultry and red meat can help protect our immune systems from harmful byproducts and even contagious disease.
Climate change and global warming are high on our list of worries these days, and many of us wonder how we can make a difference. According to the Environmental Defense Fund, if every American skipped just one serving of meat per week, this would be the same as taking 8 million cars off the road. This would reduce overall meat production and supply transport, thus reducing greenhouse gas emissions considerably.

If you are thinking about going meatless -- at least some of the time -- the trick is to shake up your menu gradually and experiment a bit. Start with one of your favorite recipes and see how simple it is to replace the meat with a vegetarian alternative. Beans make a delicious, protein-rich filling for Mexican favorites like tacos or burritos.

Try topping homemade pizza with portabella mushrooms instead of pepperoni or sausage. Don't give up too many of the foods you enjoy -- just be creative and learn to prepare them in new, healthier ways. Even moderate changes can make an enormous difference in your health and contribute to the welfare of our planet.