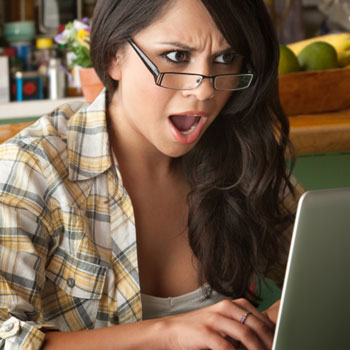 Pornography is a topic that often inspires heated discussions. So many people have an opinion about it. Some think of it as a way to get in the mood for a sexual romp with their partner, while others simply dismiss it as smut.

For one thing, he has a geeky, boy-next-door appearance that you don't often find in pornography. But he's appealing to a female audience that's drawn to his normal good looks and down-home charm.

Deen's undeniable fan base shows that even though female sexuality is hard to pinpoint, there is a definite attraction to his nice-guy persona and the apparent emotional connection he shows on screen.

In general, women find the less-is-more line of thinking more stimulating than a heavy-handed, often hardcore approach when it comes to sexual arousal. Although female sexuality still has its mysterious side, graphic scenes of men having no-holds-barred sexual intercourse with women might not be as gratifying to watch as the suggestion of this inevitable encounter.

However, because women are turned on in a multitude of ways, an understated approach to arousal might not be enough for some individuals. Luckily, there are a number of Web sites that cater to female desires, which you may not have ever heard of until now.

IShotMyself.com takes female-friendly fare to a whole other place. It's basically a forum for women to post anonymous, nude photos of themselves. No matter what their reason for sharing, the site provides a wide variety of women of all shapes, sizes, ethnicities and ages.

Every Woman Is Different

Some women are turned on by passionate kissing or gay sex or an emotional sexcapade with a wholesome-looking guy who could live next door. It all depends on the woman and what kind of sexual portrayal sets off her hot buttons. A woman's arousal is highly subjective. It's rare that it fits into the generic mold that's peddled for the overall consumer in the mainstream market.

This is a virtually untapped reservoir that could translate into millions, even billions, of dollars while also giving women a sexual outlet that may just lead to an ecstasy that's never been experienced before.