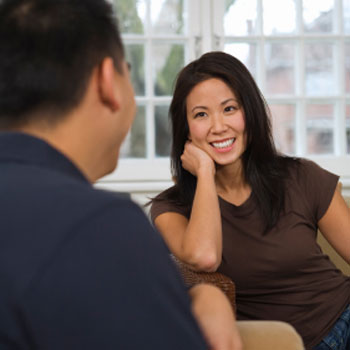 Raising your children is the most important task you and your partner will ever share. As parents, you have the responsibility of making decisions about your children's education, healthcare, and countless other vital aspects of life. Parents don't always agree on how to raise their kids, and this can sometimes lead to tension in the family. Differing parenting styles tend to be the culprit in most instances. Everyone has their own way of relating to their loved ones, and parents are no different.

Kids tend to bring out gut-level emotional reactions in us. We love them more than anything on earth, and we want to make the best decisions for them. Parenting also brings up old emotions connected to our own childhoods.

There are plenty of kid-related things a couple can find themselves at loggerheads about, but some of the most common include:

Some couples talk about their vision for parenting before they have a child; sometimes even before the wedding. Other couples just decide to wing it and handle things as they come.

Even though you and your spouse may have talked about how to handle the major child-rearing issues before you even had kids, you're bound to encounter a scenario you hadn't planned for.
Communication is key when it comes to the workings of a family, and partners who can have open, honest dialogue about their children have a much better chance of coming to liveable agreements that benefit everyone.

Almost anyone can make small talk, but genuine communication can be difficult to master. When it comes to topics in which we're invested emotionally, it can be hard to slow down, use logic and hear the other person's side. Difficulty with communication can be attributed to many factors, many of which can be traced back to our own childhoods. People who grew up in families where discussing feelings was directly or indirectly discouraged, or who witnessed "discussions" that were actually full-blown fights might not have had any exposure to what healthy communication should sound like.

Men, in general, communicate in different ways than we do. They tend to want to fast forward to a solution, while women prefer to take the time to talk things through. There are also differences in body language, for example, a woman may nod frequently while listening to her partner speak to show that she's paying attention, while a man may stay still while listening. This can lead to some confusion, with a woman left thinking the man wasn't paying attention, and the man assuming he'd received agreement from the woman instead of simple acknowledgement.

While these gender communication differences don't apply 100% to all men and women, they should be kept in mind when discussing the kids with your spouse.

While an article can't tell you specifically how to handle your particular child-rearing disagreement, you'd do well to use some basic skills for communication and negotiation.


Communicating with your partner about the kids will create a more balanced, peaceful household, and best of all, it can lead to happy, well-adjusted kids.