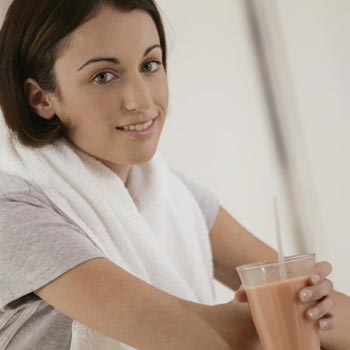 No calorie counting, no special foods to buy -- just pop open a can and nutrition goes in and weight comes off. Are meal replacement shakes (MRS) really that simple and effective? And are they healthy? What are the pros and cons of using them? Do people really lose weight, and, if so, do they keep it off? This article will provide some answers to these questions.

Meal replacement shakes are available at grocery, drug and health food stores. They contain approximately 200 calories per serving and include vitamins and minerals. They are usually high in protein and low in fat and calories. They are also low in cholesterol and sugars.

This underrated food supplement provides a perfect meal in a can. They often lead to initial rapid weight loss which makes them good for jump-starting a diet. They are economical (under $3) when compared with prepared diet foods. They curb the appetite.

The cons of meal replacement shakes include rapid boredom with meal shake substitution. A very large drawback is the fact that old eating habits are not changed and sensible new ones are not learned, so weight is often quickly regained with a return to solid foods.

Most MRS plans advise that dieters replace two meals, usually breakfast and lunch with their MRS product and eat a low-calorie, low-fat dinner. Most MRS offer at least 40 grams of protein per serving, are under 300 calories, low in fat and are fortified with at least 50 percent of the recommended daily allowance of vitamins and minerals. It is good to choose an MRS with whey, milk and egg proteins listed as the first ingredients.


People who aren't dieting but don't eat nutritious meals can benefit by substituting an MRS for a typical meal. They are much healthier than an extremely low-calorie diet or an unhealthy fad diet.

It is important to get enough fiber to prevent colon cancer and to prevent constipation. Beware of consuming shakes with unsafe ingredients added to suppress appetite or increase energy unnaturally. When consumed in excess, the high protein content might conceivably lead to complications such as kidney problems. If a person has a lot of weight to lose, it is a good idea to discuss these plans with a nutritionist. In moderation, they are generally considered safe when combined with healthful meals of real and nutritious food.

Clinical trials reported in "The Medical Journal of Australia" in 2006 reported clinical trials with weight loss of around 9 to 10 percent of total body weight over 6 to 12 months, and 6 to 8 percent over 1 to 5 years, which compares favorably with other types of diet plans.

And according to a study published in the "Journal of the American College of Nutrition," MRS's have been shown to be as effective as medications for maintaining weight loss. MRS diets and those dieting by using a medication called Orlistat were both effective in maintaining weight significantly below control levels over a year period of time.

It is definitely time to take back the image of this handy, beneficial and effective food supplement from its former reputation as the last refuge of the overweight housewife and elderly invalid without an appetite. It can be a successful dieting tool as well as a nutritious meal replacement substitute for those in a hurry.