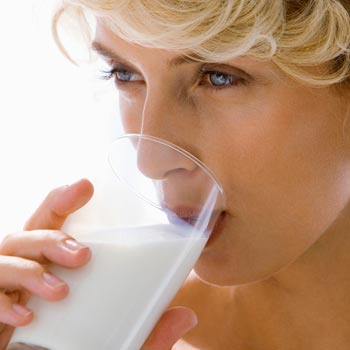 "Drink your milk." We all heard that tall order growing up -- and with good reason. Milk does a body good. But these days the bigger question is -- which brand is best?

Cow's milk, goat's milk, soy milk, rice milk, oat milk, and even almond milk are all on grocery store shelves. Which one is best? That depends upon what you need, or expect, from milk.

Cow's milk is the one we all know best. High in calcium, protein, vitamins A and D, it comes in varieties from high fat to no fat or skim, chocolate, strawberry, and condensed. It is also usually the least expensive selection. For people who are lactose intolerant, those who want different things nutritionally, or folks simply looking for more variety, there are now other options.

Goat's milk can be harder to find, and is more expensive, but it is often a good alternative for babies, children and people with digestive troubles as the proteins are easier on the system. It is only slightly lower in lactose than cow's milk, but goat's milk is higher in calcium, vitamins A and B6, and potassium. Goat's milk contains very little folic acid, however, so that could be a concern for some.


Soy milk is more common, certainly more popular, and now comes in a wide variety of choices. Vanilla, chocolate, low-fat, non-fat, enriched, sweetened, some needing refrigeration, and boxes that can be kept on your pantry shelf for several months. Enriched soy milk can have as much or more calcium than cow's milk and soy protein is generally more easily digested by most people.

Soy milk is great for the lactose intolerant, as well as for those looking for more lecithin and vitamin E. It is considered a good choice for women as it contains isoflavones that are believed to fight cancer, heart disease, and to have a beneficial effect on menopausal symptoms. For taste, however, it is not the most popular.

Rice milk is becoming more common lately, and therefore a bit cheaper, although it is still usually more expensive than soymilk. It is a good choice for people who are allergic to soy products or simply don't like the taste of soy milk, but if calcium is a consideration stick with the enriched rice milk. It is lactose free, but it is also much lower in protein than cow, goat or soy milks and the carbohydrate content could be a problem for some dieters. Rice milk usually does well in taste tests.

Oat milk has many of the same vitamins and minerals of cow's milk without the lactose and with the added bonus of fiber. For those who are sensitive to gluten, it also comes in gluten free. Most people like the taste, and oat milk has yet another benefit as studies have shown that it can reduce cholesterol. The only drawbacks might be the price, availability and the lack of folic acid.


Almond milk is lactose free and is high in vitamin E and several other vitamins and minerals. It also has the benefit of containing fiber and is one of the most popular for flavor, but it is low in protein and perhaps the most expensive of the non-dairy milk alternatives. In medieval times it was given to the sick as cow's milk was considered to be unhealthy for adults.

So here's to milk, in whichever form best serves your needs. Whether from a cow, a goat, a bean or a grain, it remains a healthy dietary staple. Mom does know best after all.