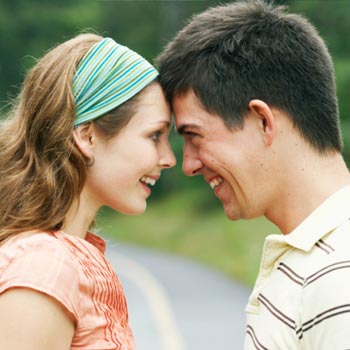 They say opposites attract, but do they really?

In its most basic sense, an opposite is someone who is different. But not all differences are attractive.

For instance, you might be on the shy side. Yet you have always admired those who are bold and brash. Therefore, you might be attracted to someone like this.

But let's say you tend to be more conservative. Someone who is completely the opposite, with a more liberal view of things might not be as attractive to you. Sure, it can happen but in general there are some opposites we would never be drawn to. {relatedarticles}

When opposites do attract it tends to be more about a person's characteristics rather than their values or standards. This is especially true if you are looking down the road at a long-term relationship.

Opposites Who Complement One Another

One of the appealing forces behind opposite attractions is when it's complementary. Those who are big risk takers can be slowed down by someone who thinks through their decisions first.

Yet on the other hand, those who tend to be more careful about things might learn how fun spontaneity can be with the risk taker. This is an example of opposites who complement each other.

When opposites begin to butt heads at every turn, this is a sure sign that attraction has faded. No longer do you find those opposing ways to be appealing, now they are nothing more than disturbances.

The importance of whether or not opposites attract only matters if you are looking for a long-term relationship. When you are initially dating someone, it is a temporary attraction that yes, while it can turn permanent, doesn't usually matter how alike or unalike you are.{relatedarticles}

In fact, you may be trying to figure that all out. What traits in yourself would you like to find in someone else? What are those things that you don't like about yourself that you would never want to deal with in another person?

This is a learning process that you may have to go through before you realize what you really want in a relationship. Although it might not matter in the beinning, it becomes much more important when you start thinking about a future together. Temporary attraction only goes so far when it comes to certain aspects of a relationship.


Issues such as where you will live, religion, careers, money, and having children will require an attraction that has some commonalities. For instance, if you enjoy the adventurous side of things and would like to move to a fast-paced city, that may not go over well with the one who prefers to live a quiet life in the country.

Or if you tend to be the type who spends their money as soon as it's earned, the one who likes to save might find this to be difficult to live with long term. This is where similarities will make a significant difference in a relationship.

Don't Expect to Change the Other

What often happens to couples who are the opposite is that eventually down the road one tries to change the other. Suddenly they don't find those opposite qualities to be so endearing. This can lead to a new mission in life, the one of reshaping the other.

It's important to realize that everyone has differences, which should be respected. Even if it's not something you agree with, it doesn't necessarily mean it's wrong. If you go into a relationship attracted to someone but determined to eventually help them see their wrongful ways, it will likely backfire. People are not meant to be molded and shaped like a piece of clay.{relatedarticles}

Sure, there are things that everyone could change. But it's not our job to try and change others. We are responsible for ourselves, no one else.

At the same time, it might help to learn how to embrace some of those differences. It will give you a better appreciation of that person and the world at large.

Wouldn't this world be a pretty boring place if everyone was the same? Think about it, would you really want to wake up and face every single day with someone who is just like you? Oftentimes what keeps a relationship alive and growing is the very fact that there are differences.

Sometimes those differences in a relationship can be negotiated. Smaller issues such as television viewing could be resolved by watching your partner's favorite show one night and your favorite show another night.

Even bigger issues can be negotiated. You might want to have a large family but your partner would prefer one child. You could negotiate somewhere down the middle.

It's not easy to negotiate important issues like that. But when your attraction to the opposite goes beyond the surface, you will both learn how to do it.{relatedarticles}

Only Time Will Tell

The truth is that only time will tell if opposites attracted to one another can make it work. That initial attraction can wear off.

When you are faced with the work that goes along with a relationship, suddenly you come to terms with whether or not you have the makings for it. So perhaps it's not so much about opposites attracting as there are certain qualities in others that we are more drawn to.

When it comes right down to it, there will always be similarities and differences between two people. While one side may weigh more heavily than the other, mutual attraction can be found in a variety of ways.