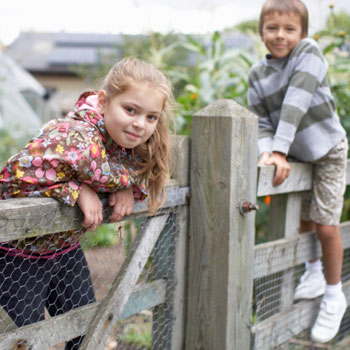 We live in an incredibly exciting world. "Old" technologies, such as radio and television, and "new" technologies, like the Internet, cellular phones and video games, are combining to bring a new level of information and entertainment into homes. However, there is a downside to all of our technological advances which can have a particularly negative impact on children. This is why your kids need to unplug and get out in the real world, perhaps more than they are already doing.

Why Your Kids Need to Unplug: Childhood Obesity

According to the Centers for Disease Control and Prevention, over the last 30 years, obesity among children has almost tripled. Children who are obese are at a higher risk to develop additional health problems. These problems can include:

This is the bottom line. If your children eat more calories than they burn, they will put on weight. Even if your children don't gain weight, your kids won't be healthy heart-wise and won't be laying a foundation to stay healthy as they mature. Children, as well as adults, need to be as active as possible to have a good quality of life over time.

Why Your Kids Need to Unplug: Socialization

If your children spend all of their time plugged into electronics, your kids may not develop the social skills needed to carry them through to their adult years and beyond. Your children need to learn about voice inflections and body language. Kids don't learn about "unspoken" communication when they don't interact directly with others.


In addition, your children won't learn values and lessons that are necessary to succeed in life without unplugging from electronics. For example, kids may not learn about sportsmanship if the only way that they play with others is through electronic devices. After all, if your kid loses on a computer game, all your child has to do is to reboot and start all over again.

Another problem with being too involved in the world of electronics is that conflicts are "resolved" in short periods of time, unlike real life. Most television shows are finished within an hour. Movies on DVDs take about 2 hours. This is not the real world.

Granted, you are there to help with socialization. Your kids also spend a certain number of hours a day at school. Some educational programs on television may demonstrate different paths a child can take to defuse or overcome a given social problem. However, if your children's social interactions with other children are limited to school hours and then a couple of hours here or there and educational TV, your children won't get enough practice in real world situations to mature through learning.

Why Your Kids Need to Unplug: Family

What do you remember from your childhood and your family? Your memories may include:

It's not just what your parents organized for you that make meaningful memories. You may also treasure the ways that you and your siblings conspired against the world, perhaps unjustly, such as:

While these may not be considered to be "positive" behaviors, these actions not only make hilarious retelling later in life, they are a bridge to your children. You expect them to get into at least some of the same kinds of trouble that you did as a kid. If they don't take the time to be "bad," not only will they not learn how to be good, they won't have the same kinds of memories to share with their children, your grandchildren.

Beyond the memories, which are truly valuable, if your children are so involved in electronics, they won't be able to learn how to interact as part of a family. Your kids won't be able to learn what they want to do or what they would like to avoid as adults. In addition, they won't have any strong, real references about how children and parents should interact when they, themselves, are adults with children.

Why Your Kids Need to Unplug: Age Appropriateness

If you have a 10-year-old child, you probably don't want him to inadvertently surf onto pornography sites. Place restrictions on Internet access. If your kids have cell phones with Internet access, take the appropriate measures.


Why Your kids Need to Unplug: Texting

Kids love to text. You probably text from time to time as well. However, texting can be inappropriate under a number of circumstances, such as when your children are in school, and downright dangerous, such as when your teenager is driving and texting at the same time.

Some states, including California, Kentucky and Connecticut, prohibit drivers from texting while driving. However, this doesn't mean that your children are following the law. While you can't be sitting in the car with your child all of the time, reinforce the dangers of driving and texting, whether the driver is your kid or a friend of your child.

Why Your Kids Need to Unplug: Child Predators and Chat Rooms

People can become anyone they choose online. An out-of-shape 45-year-old cab driver can turn himself into an 18-year-old surfer dude with the touch of a keyboard. Your 12-year-old daughter can be 12 online or "suddenly" blossom into a 19-year-old co-ed. Chat rooms can be a dangerous place for children, particularly if they aren't careful about protecting their private information.

Children, even teenagers, may not realize how vulnerable they are when on the Internet, not just to child predators but to those who look to capitalize on private information that people may innocently provide online. For example, even if your teenager only lists the city where you live and happens to mention that your family will be taking a vacation next week on a social networking site, it wouldn't be too difficult for someone to track down your home address and pay your house a visit while you are out of town.


While it may seem easier at times to allow your children to stay plugged in, make the effort to move your kids into the real world so that your children are truly prepared for adulthood. At the same time, protect your child from the dark side of technology. In addition, teach your children to protect themselves and your family from technological abuse.